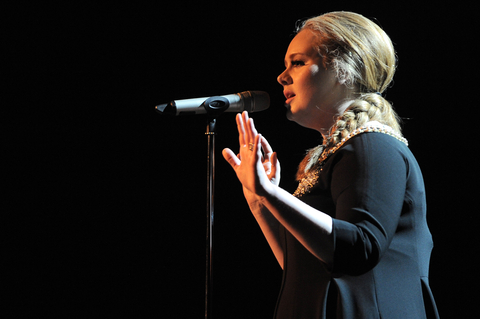 Weekends With Adele | The Colosseum at Caesars Palace Las Vegas


Adele has announced her Las Vegas Tour Dates and Schedule for 2022 - 2023. Adele will have live performances at the Colosseum at Caesars Palace in Las Vegas throughout 2022, and parts of 2023. Tickets for Adele are on sale below along with tour dates and concert times.


How much are the cheapest Adele Las Vegas Tickets?

The average starting price for Adele Las Vegas tickets is currently $856.00. Depending on the date of the concert, and seat locations, prices will usually vary.


About Adele in Las Vegas

When is Adele Coming to Las Vegas?

Adele has announced her rescheduled Las Vegas residency at The Colosseum At Caesars Palace - Las Vegas, NV. Adele's residency titled "Weekends With Adele" will begin playing shows on Friday and Saturday nights on November 18th, 2022. The British star will continue to perform shows on weekends only through March 25th, 2023. It is also important to note that Adele will take a brief break in her upcoming residency from Sunday, December 25th. 2022 until Thursday, January 19th, 2023, with her regular weekend schedule of shows resuming on Friday, January 20th, 2023.

All Adele Las Vegas performances are set to start at 8:00 PM local time in Las Vegas.


How long is the Adele Concert in Las Vegas?

An Adele concert is usually 90-120 minutes long. During some performances, Adele may perform a little shorter or longer, but fans have reported that 90-120 minutes is what you should expect.


Who is the opening act for Adele in Las Vegas?

There is no opening act for Adele's Las Vegas residency concerts. Adele will be the only performer that will play a live concert at the event.


Where is Adele's Las Vegas Residency? 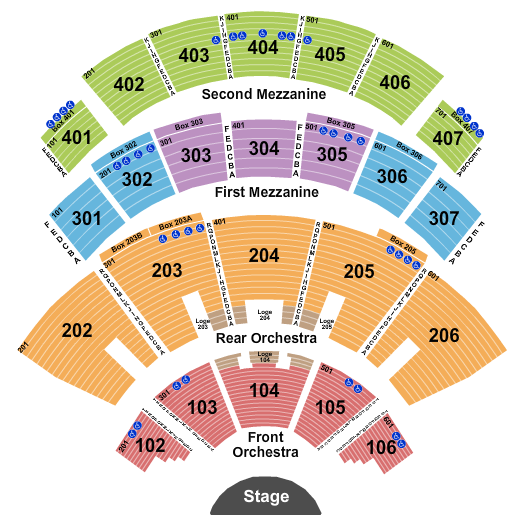 What is the seating capacity for Adele concerts at Caesars Palace Colosseum in Las Vegas?

The Colosseum at Caesars Palace is a very intimate theater that holds approximately 4300 at capacity.


Where are the best seats located for Adele concerts at Caesars Palace Colosseum in Las Vegas?

Front Orchestra seating for Adele's concerts at the Colosseum at Caesars in Las Vegas will give you the best views of the stage and the concert. With that being said, the venue is quite small and intimate, past concert fans have stated that there is not a bad seat in the house.

Try our Concerts Near Me Page to find local and upcoming concerts in your area.


Adele Tickets, Tour Dates Near Me:

Shop for and buy Adele tickets in a City or Venue near you. Find upcoming Adele events in your area. View ticket prices and find the best seats using our interactive seating charts.