Discover upcoming Atlanta concerts by browsing our Atlanta concert Calendar below. Buy Atlanta concert tickets to all live music performances, starting at just $7.00 per ticket. Find Atlanta concert tour announcements and see what bands and artists are scheduled to play soon in the Big Peach. For more concerts in the Atlanta area, you can view our Concerts Near me page.

Pop/Rock concerts are by far the most popular concert category that you will find in our Atlanta concert ticket listings. You will find great Pop/Rock artists that are on a tour and coming to play in the upcoming year. Notable artists include Harry Styles, Justin Beiber, and BTS. 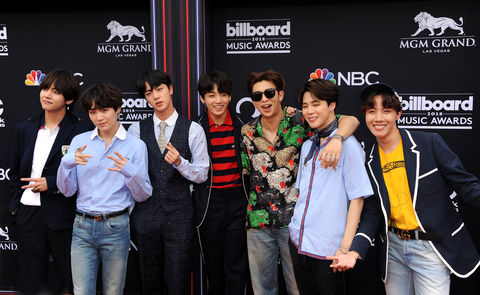 You will discover all of the Country music artists and bands who are coming to Atlanta our their tour to play a live concert. Some of the more popular country music artists schedule their concerts for more than one performance by having 2 different country concerts in a single day, or by performing on consecutive nights. Another trend on the Country Music scene is several headline performers participate in the same concert and tour together. This year, Kenny Chesney, Florida Georgia Line, and Old Dominion will co-headline a concert at Mercedes Benz Stadium.

This is a great year to go and see a live R&B concert in Atlanta. Mega artists like Alicia Keys, John Legend, and The Weekend all have concert dates scheduled with many more to follow. In addition, you will be delighted to see many of your favorite R&B/Soul performers coming back to the city to perform this year.

The Rap and Hip Hop music scene is very big in Atlanta. Fans of this genre will be happy to see that there are many Rap concerts and Hip-Hop concerts scheduled for the Altlanta area in the upcoming year. One of the more popular concerts in the "Feed the Streetz tour" featuring Rick Ross, Jeezy, Yo Gotti, and Lil' Kim. The concert calendar has many more Rap / Hip Hop artists and performers coming to the city of Atlanta with ticket prices starting at $7.00. 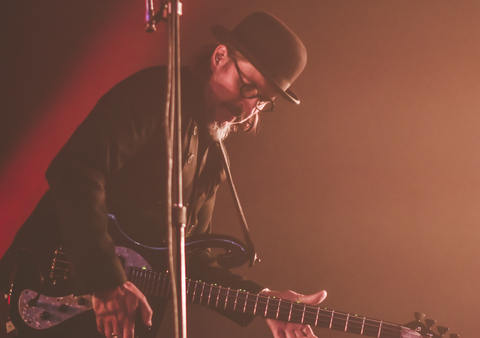 Look for your favorite Hard Rock and Heavy Metal bands to start putting Atlanta on their upcoming tours. Bands like Ministry, Testament, and In This Moment will all be playing concerts and gigs at local venues like Heaven Stage at Masquerade. Look for more National Hard Rock performers like Guns N' Roses, Motley Crue and Def Leppard to start filling up the Atlanta concert calendar at major Atlanta area venues.

The band Testament live in concert

If you are a fan of Jazz/Blues music, Atlanta has a great selection of concerts for you to attend this year. Atlanta Symphony Hall will host several live performances. Also, Kenny Wayne Shepherd, Tedeschi Trucks Band, and Walter Beasley all have multiple live performances set this year.

The Techno / Dance genre has always been popular but now with DJ'd making national tours it is blowin' up. Better known as EDM concerts, a term that has been coined by our younger generation, stands for Electic Dance Music. Social media has played a big part in the popularity and it just keeps getting bigger and bigger. Popular EDM concerts coming to the city of Atlanta include Fakear, Dillon Francis with Yung Gravy, and Bear Grillz.

Don't miss your chance to go and see your favorite Reggae band perform live in Atlanta. Stephen Marley, Passafire, and Dread Mar I are just a few of the upcoming Reggae concerts that will be playing live to audiences this year in the city of Atlanta.

The city of Atlanta has a large number of Music Festivals every year where concert fans and Festival lovers can come together and have a good time. The fests run from small to extremely large, with huge performer lineups entertaining their fans for several days. The festivals also come in different forms. Sometimes it is a yearly event like the Sweetwater 420 fest, Sad Summer Festival, or the Midtown Festival. Other Fests come in the form of a Group of Performers that tour together from city to cities, like the Stadium Tour, or the Hella Mega Tour featuring Green Day, Fall out Boy, Weezer, and The Interrupters.

Dates and Times for Atlanta Concerts

There are options that will allow you to pick a specific time frame for upcoming concerts. These options include:

The custom pick your concert time frame will let you enter a beginning and end date for the concerts that you are trying to discover.

Months and Seasons for Atlanta Concerts

While there is not a filter for the exact season, you can choose any month of the year to attend a concert and our concert listings will filter it out for you. Concertgoers do like to search by season also, so we have broken down the seasons for you to make your search easier.

Winter concerts are almost always held at indoor venues. When you are searching for a winter concert, you are looking for concerts during the months of December, January, and February. Some of the more popular venues that hold concerts at this time of the year are the Coca-Cola Roxy, City Winery-Atlanta, and State Farm Arena.

Spring is such a great time to get out and go and see your favorite band at a local venue because the winter months are gone and "Spring Fever" is kicking in. People want to get out of the house and see live music. To narrow your search down for spring concerts in Atlanta, you will be searching for concerts during the month of March, April, and May. Concert fans start to see a few outdoor concert options as the weather starts to stay nice and warm during the evening hours.

Without a doubt. summer is the best time of the year to attend a concert in Atlanta. The outdoor concert season is in full bloom and concert fans get to go to some of the best outdoor concert venues, like the Cadence Bank Amphitheatre at Chastain Park. There are also many indoor concerts that are happening around town but it is hard to beat all of the outdoor music festivals and concerts that are happening in the city. The prime months for summer concerts in Atlanta are June, July, and August. While it is true that it can get quite hot in Atlanta during these months, summer concerts are usually the fan's choice.

Fall is a popular time of the year to attend an Atlanta concert. School is back in session so the most popular concerts for fall are on the weekend. If you are searching an Atlanta concert in the fall season on Closeseats.com, you will be looking for concerts in the month(s) of September, October, and November. While it is true that it can get quite hot in Atlanta during these months, summer concerts are usually the fan's choice.

How much are do concerts in Atlanta cost?

What Concerts are coming to Atlanta?

Bad Bunny, Kiss. Elton John, and the Killers are just a few of the hundreds of performers that have upcoming concerts scheduled in Atlanta. Every concert that is coming to Atlanta in 2021 and 2022 is listed in our Atlanta concert ticket listings above with ticket prices. Choose the Atlanta concert that you would like to attend to purchase tickets.

When is my favorite concert performer coming to Atlanta?

What time do concerts start in Atlanta. GA?.

Evening concerts in the city of Atlanta usually begin between 6:00 PM - 8:00 PM. You should plan to arrive at least 1 hour prior to the Atlanta concert to find your seats and get concessions so you are ready when the concert begins.

How to get cheap Atlanta concert tickets?

To find cheap Atlanta ticketss, with prices as low as $7.00 for some concerts, you will have to browse the top section our ticket listing, where ticket prices are listed from low to high. Chaep tickets cam be found for hundreds of Atlanta concerts, where some tickets are even listed for below face value price of the ticket.

Why are some Atlanta concert tickets so expensive?

Atlanta concert ticket prices may be over face value of the ticket price because the tickets listed on our site are "secondary market" tickets. If a concert is popular, or ticket demand is bigger than supply, ticket sellers may list the tickets at a higher amount. On the other end, If ticket supply is high, and the demand is low, ticket sellers tend to list their Atlanta concert tickets at a lower price.

How to buy Atlanta concert tickets?

Here are the top 30 Atlanta, GA. concert venues to go to a concert. These were choosen by us as the best Atlanta concert venues because of the number of concerts and shows that are performed at each venue every year. From small, intimate venues like Aisle 5, with a seating capacity of 300. to Huge Stadiums like Truist Park, that has a concert seating capacity of over 41,000.

Looking for more things to do in the Atlanta area?

All Events in Atlanta

Theater and Broadway in Atlanta

Try our Concerts Near Me Page